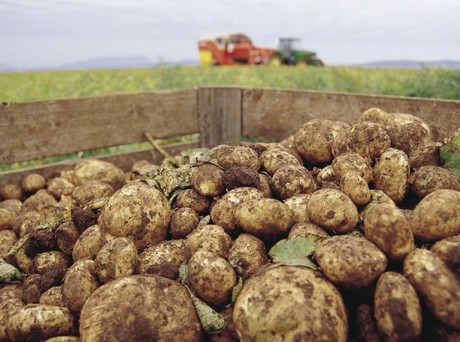 Potato farmers often need to face up with complex interactions (genotype [G] * management [M] * environment [E]), which are difficult and costly to diagnose and ameliorate. The specific nature of such interactions and the significant cost to address improvement decisions is an ideal use case for DSS. On the other hand, there were limited modeling studies based on combined analysis of genotype [G] * management [M] * environment [E], which are key to assessing tuber yield variability (spatial and temporal). This project is developing an improved and complete version of the released APSIM Potato model based on a GME approach. This model would be a first step towards the development of several APSIM sub-models to simulate tuber yield for different potato genotypes under different crop management strategies. The model should be able to describe in a mechanistic way the processes that have been previously identified as the key determinant of water use, total dry biomass production, and tuber production (e.g. number stems per tuber, phenology, genotypic parameters, etc.).

This project will develop a new visualisation tool to assess the spatio-temporal variability of predicted potato yields and water use under climate change scenarios in Tasmania. The main hypothesis is that yield, and water use differs with the spatial and temporal scale under contrasting climate change scenarios (drought and heat stress). We will address two key questions:

The project will pioneer the regional modelling of potato yield as a case study at different spatial scales, information required to assess ongoing agricultural intensification through irrigation schemes (aligned with AgriVision-2050 for Tasmania). A crop model will be calibrated using environmental gridded data and farm data, and then future climate scenarios will be applied based on current irrigation management data provided by Simplot/McCain farmers. The main output of the project will be a visualisation tool (maps) that will allow end-users, particularly potato growers to visualize the current and future spatio-temporal variability of yield and water use across potato growing regions in Tasmania.

I use crop models to understand GxExM interactions and quantify sources of uncertainties in agricultural predictions.